Ahh, The Six… The Big Smoke… or more commonly known as Toronto.  It’s Canada’s city of lights and home to some of our countries best wedding venues.

I like to travel to Toronto once a year to explore and get inspiration.  A couple months ago when I travelled there, I reached out to one of my favorite wedding venues Malaparte for a tour.

I’m a firm believer that you don’t get what you don’t ask for, so I wrote a thoughtful email to the staff at Malaparte, clicked “send,” and waited for a response.  Within 24 hours their venue coordinator April had emailed me back inviting me to see the venue.

Malaparte is perfect for Canadians looking to host a domestic destination wedding.  Say you grew up at opposite ends of the country from your fiancé, but met them at University.  Why not meet in the middle (Toronto) for your wedding? 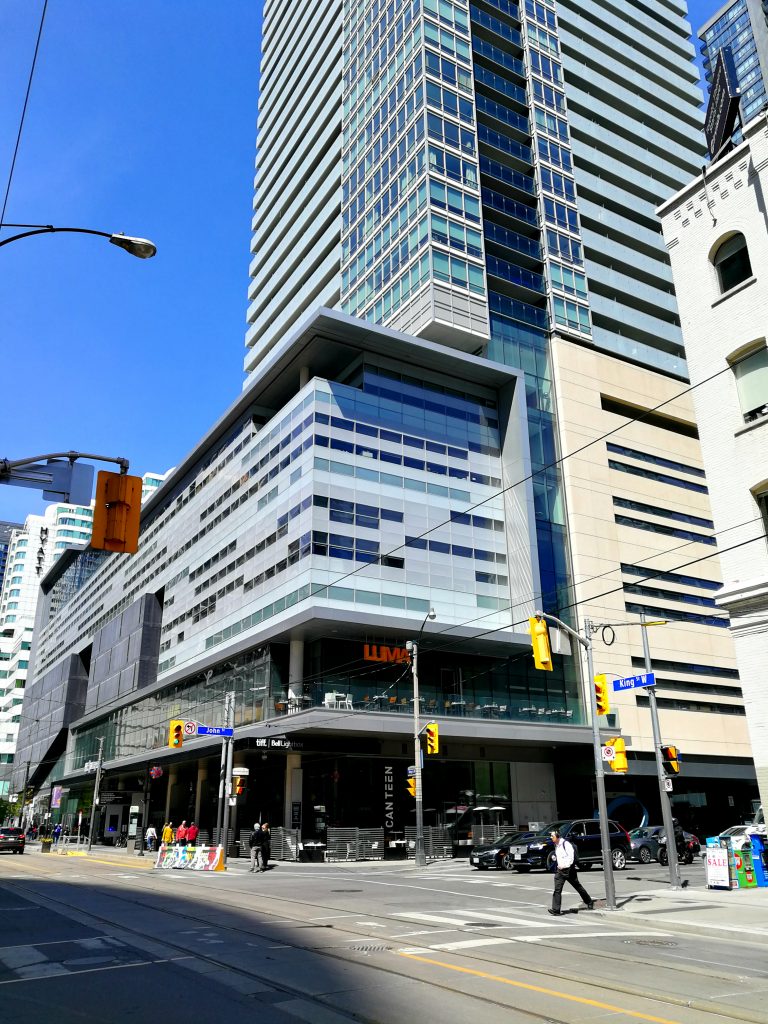 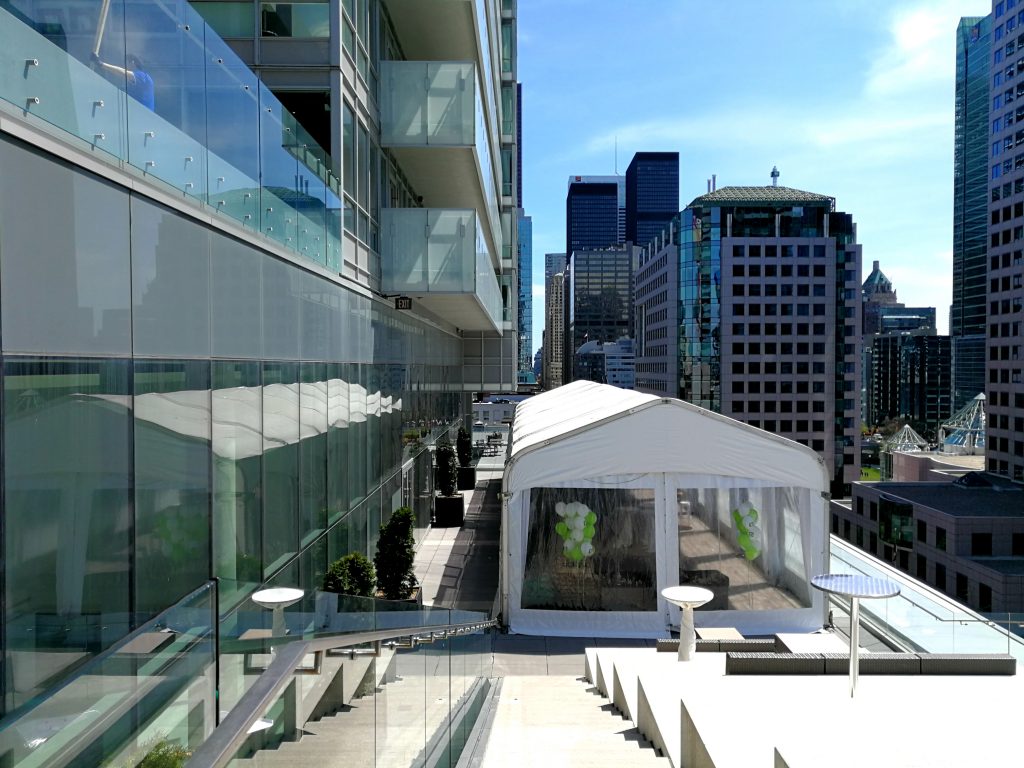 The Toronto Pearson Airport is the easiest airport in the country to fly to, with direct flights from most airports in the country.  The day of my tour I took the red-eye from Winnipeg to Toronto and landed at 8:00 AM.  Like most major cities, the airport is no where near city center.  However, you can easily jump on the Union Pearson Express (UP Express) and get to downtown Toronto in 25 minutes.  Once you arrive in Union Station you’re either a quick walk, cab or subway ride away from any downtown hotel.

On most trips to Toronto I either stay at the Royal York (rights across the street from Union Station) or the Delta (attached by the skywalk to Union Station).  After checking into the Delta early (9:00 AM…unheard of right!) I freshened up and walked the four blocks to Malaparte.

Malaparte is located in the famous TIFF (Toronto International Film Festival) Lightbox building on King Street West.  Needless to say, it’s a pretty cool building and a great way to wow guests as they arrive.

April their venue coordinator was amazing and greeted me with their inhouse chocolate fudge (Yum!) and venue package.  As we walked around she told me some amazing stories about Malaparte.  A year prior, they had a couple from opposite ends of the world that hosted their wedding there. They flew in guests from all over the world. 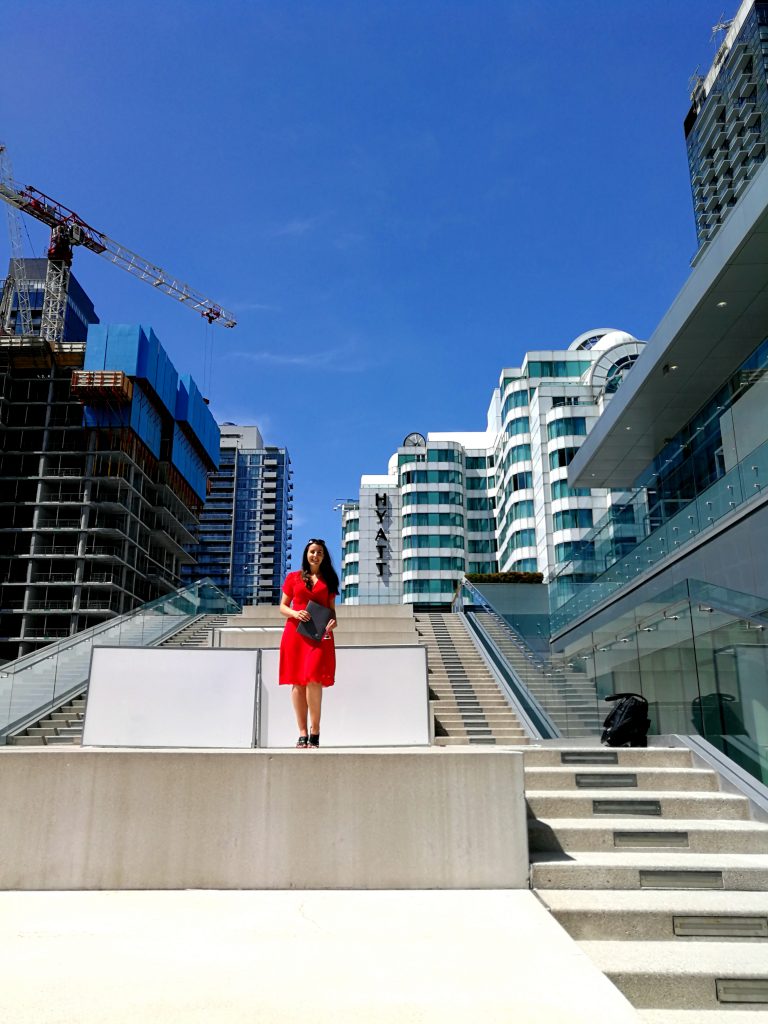 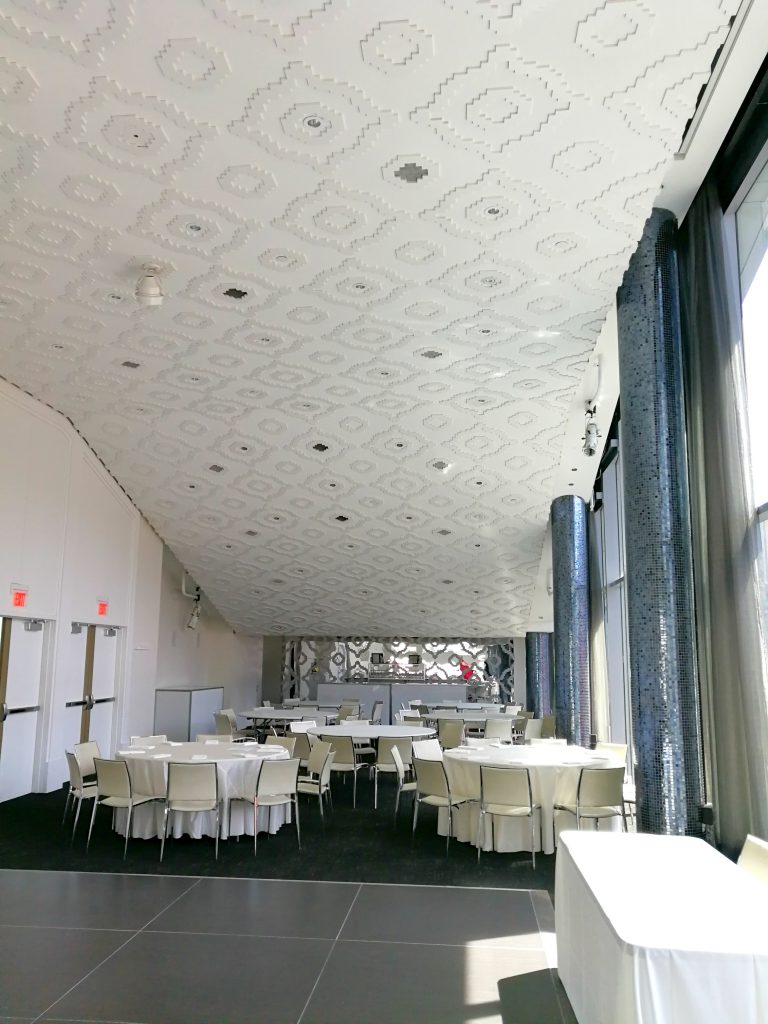 On my tour I got to see the rooftop terrace and dinning room.  The rooftop terrace is the main selling factor of the venue.  It includes a tent for a wedding ceremony and grand steps for a cocktail hour.  Very little décor would need to be brought in as the venue and skyline truly speaks for itself.

As we continued our tour we walked from the terrace to the formal dining room.  Let’s just say that it’s a jaw dropping space.  The ceiling was my favorite part of the room.  It’s white, textured and slightly angled starting from the bar.  If clean and simple is your look, then this is the venue for you!

A domestic destination wedding is a new concept for a lot of people.  So why not try something new and get married in Toronto at Malaparte!